It has been a long and often tiring road, as conservation efforts for the world’s rarest turtle have been ongoing since 2003, with the Asian Turtle Program (ATP) of Indo-Myanmar Conservation (IMC) conducting surveys throughout 21 provinces in northern Vietnam.  The giant Swinhoe’s Softshell Turtle (Rafetus swinhoei), also known as Hoan Kiem Turtle, is critically endangered; reaching up to 150kg or more in size, it was heavily hunted from the 1970’s until the 1990’s for food, and is believed to be almost extinct in the wild. Living in wetlands, streams and large rivers in northern Vietnam, southern China and possibly Laos, no surviving populations were known, until, in 2007, the first wild animal was confirmed in Dong Mo Lake on the outskirts of Hanoi. It was a long wait until a second animal was confirmed on the 24th of May 2017 in Xuan Khanh Lake. We are now excited about the prospects of a second animal in Dong Mo Lake which could potentially increase the number of known living  Swinhoe’s Softshell Turtle to 4 individuals, with 3 in Vietnam and 1 in China.

Fishermen in Dong Mo Lake have long claimed that a second, smaller individual of the species lived in the lake. One large Swinhoe’s Softshell Turtle has regularly been photographed and is the same individual who escaped during a dam break in 2008 which resulted in the rescue and return to the lake of a 69kg individual.  The comparison of head markings from good quality photographs have always confirmed that it is the same large individual. But in May 2011, staff of the ATP/IMC, who continuously monitor the lake, did see a softshell turtle that appeared to be smaller than the big turtle that is regularly seen.  Although some photographs have been captured of this individual in recent years, the images have not been clear, and some doubt remained if it was only one animal being seen. Finally, fortune has smiled upon our efforts. On the 20th of August 2020, Nguyen Van Trong, the ATP/IMC local field officer, was able to capture a photo of two large softshell turtles emerged simultaneously. Although they appeared only a few seconds, he was able to capture some amazing pictures. The well-known large individual sits in the foreground; this animal weighed 69kg in 2008 when captured and could weigh between 100-130kg in 2020. The second animal is seen not far behind and, although not clear enough to see head markings, this also looks to be a large animal that could be 40-50kg in weight. The first photos confirming the existence of a second large softshell turtle in Dong Mo Lake, we hope is a small Rafetus. Photo by: Nguyen Van Trong (ATP/IMC).

The ATP/IMC is currently working as part of a Rafetus Alliance, with the Hanoi Fisheries Department, the Wildlife Conservation Society (WCS), Turtle Survival Alliance (TSA), Global Wildlife Conservation (GWC) and the Centre for Research and Environmental Studies (CRES) to implement a conservation action plan for the species. With few other species reaching this size in Vietnam, it gives us good hope that at least two, and possibly more, of these critically endangered Swinhoe’s Softshell Turtles still survive in Dong Mo Lake, although further work is required to confirm this new turtle’s identify.  With a number of other sites already identified by the ATP/IMC in Vietnam, we hope additional Swinhoe’s Softshell Turtles can be found, giving more options for the future conservation of the world’s rarest turtle species in Vietnam. These new photos will boost monitoring efforts at Dong Mo and will hopefully draw more attention to the species.

To learn more about the ATP/IMC and conservation work that is ongoing for the species, please visit our website (www.asianturtleprogram.org) The first photos confirming the existence of a second large softshell turtle in Dong Mo Lake, we hope is a small Rafetus. Photo by: Nguyen Van Trong (ATP/IMC). The identity of the smaller turtle’s species cannot be confirmed with these photos but, together with previous observations by staff, its size of 40-50kg is a good sign that it might be Rafetus. Photo by: Nguyen Van Trong (ATP/IMC). Dong Mo Lake, Hanoi, is a beautiful site in which we hope the world’s rarest turtle can be given a chance to recover. Photo by: Nguyen Tai Thang (ATP/IMC). The larger well-known individual can be seen clearly in the centre of the image, while the smaller turtle appears behind it in the top left corner. Photo by: Nguyen Van Trong (ATP/IMC). ATP/IMC staff have been working hard at Dong Mo for the last 13 years to record sightings and behavior of the large individual and work with local communities to promote conservation. Photo by: Nguyen Tai Thang (ATP/IMC). Nguyen Van Trong grew up on the lake and was a fisherman before picking up a camera and becoming a key part of the field staff protecting the world’s rarest turtle. Photo by: Nguyen Tai Thang (ATP/IMC). 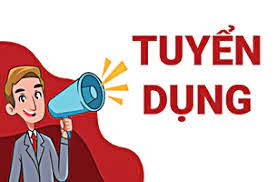 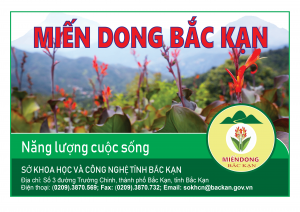